AN AIDS VACCINE: IS THIS A DREAM? 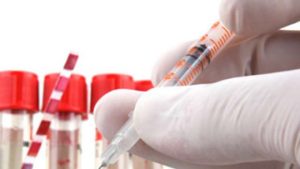 The Daily Nation was at it again. I carefully cut the controversial article off the front page and folded it neatly into my wallet. I discarded the rest of the newspaper.

I balanced carefully on the makeshift log, as I had no wish to drown in the fast flowing river. I had not been back for six years, but not much had changed in the village where I spent most of my childhood. I was here to attend the burial of KimChwere, the most selfless man I had ever met.

Villagers spoke about him in whispers accompanied by shakes of the head. They all agreed that a good man had died. In his last visit to my city home he was anxious about the lack of progress towards an AIDS Vaccine. At the time, I had no clue that he was HIV positive, and I didn’t believe an HIV Vaccine was possible. When he died a part of me died too.

The degree of suffering and death caused by HIV infection in the Global South cannot be overemphasized. An AIDS Vaccine is the world’s most urgent priority today.

Studies done using weakened HIV-like viruses have shown that they elicit strong immune responses that protect primates from AIDS-like disease. There is an unacceptable risk that the viruses can revert to the disease-causing form by mutation in healthy recipients and cause AIDS. They could possibly cause AIDS in people with compromised immunity as well.

Synthetic HIV peptide (subunit) vaccines stimulate antibody production. These have largely failed in preventing disease in clinical trials. They are strain specific and ineffective in natural infection. They do not stimulate killer T- Cell responses, vital in containing HIV infection.

Six years ago scientists allied to our Unit discovered that a few prostitutes in Nairobi and Gambia remained uninfected despite repeated exposure to HIV. Their blood and mucosae contained large numbers of HIV specific killer T Cells (CTLs), which effectively and rapidly killed cells that got invaded by HIV.

Tom and Andrew recognised the significance of this finding immediately. They made a vaccine intended to stimulate production of HIV specific CTLs in a human recipient. It consisted of piece of the genetic code of the HIV virus containing the most immunogenic sections. The DNA construct was put into two different ‘vehicles’ to improve delivery, one a plasmid (larger piece of DNA), and the other a modified Vaccinia Ankara (MVA) Virus, all harmless. I joined the unit soon afterwards. 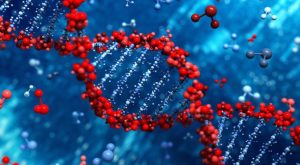 We confirmed that CTL responses are strongest when two intramuscular doses of the plasmid DNA are given followed by an intradermal dose of the MVA Vaccine, all about three weeks apart. This is called the ‘prime-boost’ approach. Using a ‘gene gun’ to deliver the vaccine gives even better outcomes. This device blasts vaccine-coated gold particles painlessly into the skin, using compressed helium.

In the last year we have been able to show that the DNA vaccine is safe and stimulates a strong Killer T Cell response in mice. It protects primates from virus challenge, even at virus doses as high as ten times those infectious in humans.

We began a human trial at Oxford in August 2000.

In this trial my brief has been to identify and quantify vaccine-stimulated CTLs from vaccinees’ blood. I do this using a special test called the Enzyme Linked Immunospot Assay, to pinpoint cytokine release from activated cells. I also identify memory T cells. These cells do not respond immediately but retain a memory of the offending agent for rapid response in future. This is vital, as people will need protection from repeated exposure to HIV without repeated vaccinations.

I also investigate the ability of vaccinees’ CTLs to kill HIV-infected target cells. This killing simulates what they do in prostitutes found uninfected despite repeated exposure, and tells us whether the vaccine is likely to be any good.

Meanwhile, I have been cloning a shorter DNA vaccine to complement that already in clinical trials. Its rationale is that within a few hours of HIV infection, cells show on their surfaces virus proteins called rev, tat and nef. The new construct will cause the body to recognise these early HIV proteins to be able to attack the virus before it has time to spread.

We will only know with certainty that the vaccine works when certain vaccinees become exposed to HIV by virtue of their work, and remain uninfected.

I am optimistic that perhaps when I visit KimChwere’s family in Mumias, Western Kenya, in early June, I should say, ‘Yes, an AIDS Vaccine is Possible’.