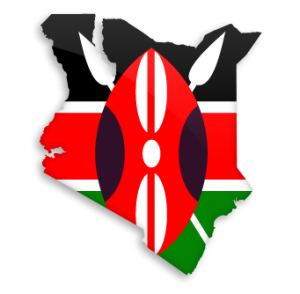 Kenya is an East African country that is situated right along both sides of the equator. It has some of the most spectacular sceneries and wildlife in the world.

The influence of HIV and AIDS in Kenya has been tighten, dramatic and very severe in very deed. Hospital beds are overcrowding with AIDS patients. The hugest hospital, Kenyatta, has more than 50% of its appriciated 2000 bed spaces occupied by AIDS patients. Crucial sectors of the economy have been debilitated of core staff.

Antiretroviral drugs are nor cheap for most Kenyans, and they do not treat HIV and AIDS. Preventive measures have not decreased the transmission level. People have neither altered their attitude nor their behaviour despite a spirited and multipronged HIV/AIDS informedness campaign.

A preventive or therapeutic vaccine has been still the only hope for inhabitants that is receiving rapidly ravaged and depleted by this worst of scourges.

A joint effort between the Universities of Nairobi and Manitoba displaied in the late eighties that a certain cohort of commercial sex workers in Majengo, Nairobi, had got rid of HIV infection despite repeated exposure to the virus. Concequently, it was grounded that they had strong cell mediated immunity against HIV. Grounded on this phenomenon, it became understandable that a HIV vaccine was probably to be worked out. A cooperation was set up between Oxford and Nairobi Universities to create such a vaccine. A candidate vaccine was created accessible for clinical trials in 2000. Stage 1 trials started in Oxford on 31st August 2000. Similar experiments are planned to start  in Nairobi on 1st December 2000.

Kenyans are expecting eagerly for the preliminary openings from the stage 1 trial in Oxford. They are hopeful that the vaccine is secure and that it motivates an immune response in the recipients. If it is menifested to be the case, then a larger stage 1 trial is scheduled at the beginning of December in Nairobi.

Many Kenyans know that it is only from such trials in human volunteers that a vaccine that works can be found.