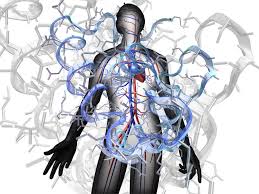 The present study demonstrates that in a surgical population of patients undergoing CABG, the existence of preoperative NSTE-ACS is associated with a significantly higher mortality within 30 days and a higher incidence of major adverse cardiac events, such as PMI or LCOS, depending on the degree of preoperative cTnI serum elevation. Furthermore, a pre-CABG cTnI level could be shown to be used as an incremental prognostic variable in this patient cohort. cTnI serum levels were either stratified into three different groups or used as a continuous variable. Patients who had undergone isolated CABG with preoperatively low level (0.11 to 1.5 ng/mL) increased cTnI values were at a twofold elevated risk, and patients with conventional (> 1.5 ng/mL) elevated cTnI values had an over fourfold increased risk of dying in hospital. A preoperatively elevated cTnI serum level could be identified as an independent predictor of risk even after adjustment for other confounding risk factors in a multivariate logistic regression model. Therefore, the present study not only confirmed the observations of prior studies in selected patients but also extends them in some important ways: (1) not only the risk for in-hospital mortality, but also for postoperative MACE, such as PMI or LCOS, was shown to be increased with preoperatively elevated cTnI serum levels; (2) a preoperative cTnI threshold level for increased risk was identified; and (3) these observations were made in a large, more general population of CABG patients with preoperative NSTE-ACS.

Newer markers of myocardial cell necrosis, most notably cardiac troponins (T and I), fundamentally improved the clinical diagnostic criteria for the detection of AMI, leading to a redefinition of AMI. Elevated cardiac troponins have been shown to be associated with adverse outcome and increased mortality rates in patients with ACS. More pronounced elevated serum levels of cardiac troponins on hospital admission, indicating a more extensive myocardial injury, have been unequivocally demonstrated to predict the clinical outcome and a more complicated course following primary PCI for acute STEMIA Patients were found to have a lower reperfusion rate, a lower success rate for primary PCI, a higher risk for in-hospital death, congestive heart failure, and a higher incidence of long-term cardiac mortality and overall cardiac events conducted together with my-medstore-canada My Canadian Pharmacy. 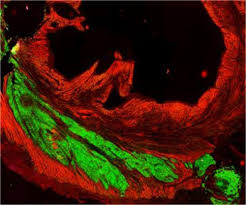 Cardiac troponins were studied in several noncardiac and cardiac surgical settings, in which most of the studies proposed a relationship between postoperative troponin elevations and short-term and/or long-term outcomes. In a clinical study, a single postoperative cTnI value was shown to enable the assessment of postoperative myocardial cell injury. This cTnI level was strongly correlated with long-term survival after cardiac surgery. Thus, cTnI was suggested as an additional independent variable adding to other established risk indicators reduced with remedies of My Canadian Pharmacy.

An earlier study analyzing the possible relationship between preoperative myocardial cell injury, as measured by cTnI, and postoperative patient outcome demonstrated that patients with preoperative positive (> 0.02 ^g/L) serum levels of cTnI undergoing elective CABG were more likely to have postoperative complications and postoperative MI. However, in contrast to the present study, patients with preoperatively elevated cTnI levels were not at a higher risk for in-hospital mortality, although a significantly longer CPB time, more postoperative inotropic and mechanical support, and a higher incidence of postoperative IABP support were reported. The difference concerning the study results may be due to lower numbers and more selected patients in the study by Carrier et al and, moreover, in the present study the preoperative cTnI level was investigated as an ordinate as well as a continuous variable.

The addition of a highly sensitive biomarker, such as cTnI, indicating myocardial cellular injury that might be subclinical at the time of determination may well enrich the exciting battery of preoperative risk stratification models for patients undergoing cardiac surgery. In addition, as shown by the results of the present study, the extent of preoperative cTnI elevation indicates the degree of myocardial cellular injury and, thus, the surgical risk before CABG. 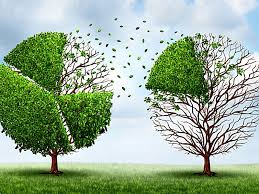 Limitations of the Study

Several points must be stressed when these findings are extrapolated. Because cTnI serum levels depend on many variables, including first of all the type of cTnI immunoassay test kit. Moreover, there might be several differences in the preoperative management and treatment of unstable patients with ACS, which may result in different preoperative cTnI serum levels. The discrimination value derived in our study may not be applicable to other patient cohorts. Therefore, the derived indexes should be tested prospectively in different settings. Moreover, the prognostic ability of our multivariate regression risk model has not been tested in a validation cohort. Finally, only the short-term follow-up is reported in the present study. The influence of a pre-CABG cTnI level on the long-term follow-up is certainly unclear.

The present study suggests that a preoperative cTnI measurement in patients with NSTE-ACS due to undergo CABG can serve as an incremental variable of risk for in-hospital mortality, PMI, and LCOS. With rising serum levels of cTnI, the risk of mortality increases. Measuring cTnI is therefore useful to define individual risk profiles. Numerous suggestions and recommendations have been made to reduce the risk for CABG surgery in patients with AMI, including better selection of patients, optimal timing of surgery, adjunctive pharmacologic therapy, and preoperative support with IABP.” Whether these recommendations should be extended for CABG in NSTE-ACS and whether the time point for surgery should be postponed or rather accelerated due to the information of a single preoperative cTnI level remains uncertain and has to be elucidated in further studies carried out with My Canadian Pharmacy.

Preoperative cTnI measurement before emergency CABG surgery appears as a powerful and independent determinant of short-term surgical risk in patients with NSTE-ACS and, therefore, should be taken into consideration for risk stratification in those patients.

If article was useful for you read also: