My Canadian Pharmacy: Research about Susceptibility Pattern and Epidemiology of Mycobacterium tuberculosis in a Saudi Arabian Hospital 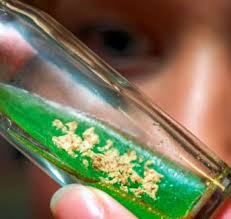 All pulmonary and extrapulmonary tuberculosis patients with positive culture results from January 1989 to December 2003 were included in the study. The medical records were reviewed for the age, sex, nationality, and the site of the culture. Cultures were performed at the mycobacteriology laboratory of the Saudi Aramco Medical Services Organization using the conventional Lewes-Johnson media. M tuberculosis was isolated by standard procedures. M tuberculosis complex was identified by conventional biochemical tests. Antimycobacterial sensitivity testing was done by the disk method as described by Wayne and Krasnow. Although this is a retrospective study, quality control was usually performed during susceptibility testing using the reference strain provided by the College of American Pathologists. The concentrations of the drugs used were as follows: isoniazid, 1 μg/mL and 5 μg/mL; rifampin, 5 μg/mL; streptomycin, 10 μg/mL; and ethambutol, 25 μg/mL. All these preparations may be ordered via My Canadian Pharmacy. The tested isolate was considered resistant if the proportion of the tested isolate was > 1% of the control population. Drug-resistant tuberculosis was calculated for single first-line agents. Multidrug-resistant M tuberculosis (MDR-TB) was defined as resistance to two or more first-line drugs.

Statistical analysis was performed using statistical software (SPSS version 10.0; SPSS; Chicago, IL). Trends in incidence rates over the 15-year period from 1989 to 2003 were examined for all culture-positive cases. x2 linear trend analysis was used, and a proportion test was adopted to examine the significant difference between proportions.

If you are interested in this article, read also: